A downloadable game for Windows

In the distant future, a world long destroyed entered a period of recovery.

The Scientific Union, forged by seven prodigal scientists from across the world, came about to unite this broken world. This New Enlightenment era would lead humanity to the furthest edges scientific thought, and as a result, rejuvenate the life of the planet.

To accelerate this era of enlightenment, Professor Tantalus Ohm, a rising star in robotics and computer science, and Dr. Lisa Shannon, the leading mind in artificial intelligence and information systems, created the Mega Drive Core to help spearhead the restoration and preservation of humanity.

Years later, through deception and betrayal, Shannon’s part in the creation of the Mega Drive Core was eventually forgotten. Ohm was worshipped as a hero, and eventually, as the only voice that ever mattered. It was only a matter of time before war soon followed.

Thanks to his conquests, Ohm now has the tools to rebuild the world as he sees fit. His newest invention, the Calamity Contraption, would bathe the world in a wave of radiation once more. If the weapon is activated, the damage would be irreparable.

Time to save the world from calamity!

Jolt: Fully Charged is made in the image of 16-bit era platformers, and functions the way you would expect it to. Your goal is to reach the end of each level, defeat the boss, and continue onto the next stage. Where things differ, however, is Jolt's ability to become intangible and phase through enemies with his signature Bolt Dash.

Combined with his wall jump and double jump, the player has many different approaches to situations they'll encounter. You collect various power ups, such as the Dash Shield, which gives you new abilities such as double-dash, item magnetism, or even the ability to glide. Explore and find them all!

While this may seem like an easy challenge, where Jolt differs from most platformers is that the character's health is carried through each of the stages (since they are being pursued by the main antagonist). This means that exploration is the only way to recover health, but doing so comes with its own risks.

Make your choice fast though, Professor Ohm is coming for you!

10+ Large Levels, each with their own challenges.

Fast-paced platforming with an emphasis on aerial control and momentum.

A similar, but distinct, playstyle for all playable characters, with other characters being unlocked through gameplay.

Additional gameplay modes, including alternate story modes (complete with playable characters), a time attack mode, and two secret modes unlocked through exploration of the main game. Plus, optional boss fights that will test the player's reflex and exploration skills!

Unzip the file and run Jolt_Fully Charged.exe file. The game will NOT run properly if any files are removed from  outside of the folder. Sometimes, anti-virus may stall or prevent the application from running (obviously to check for malicious software). Make sure the game executable is excluded from any anti-virus software checks, or allow the game to be scanned and cleared by the anti-virus software before playing.

Sweet! Glad you had fun!

I had a good time with the demo and am glad to finally be playing the full version of Jolt: Fully Charged. Now I have a story to follow so I know why I'm destroying all the evil robots instead of just doing it for fun!

Thank you so much for this!  It was thanks to people like you that we were able to fine-tune the game and make a better experience!

Apologies for the late reply, we're working out some issues with our systems.

Glad to be doing my part then, heh. And it's fine about the late reply, I'm just glad you enjoyed the video.

I use the word "hate" a few times in this, but it's nothing critical of the game. It's still a great time overall that I could get better at with practice. The only issue I have with it is a lack of save system. Even an old school password system would be nice.
Reply
Darkera Studios1 year ago

Funny you should mention the save system.

We actually just made a post on our devlog announcing the save system to be coming in the next update, since its a popular request. We'll let you know when we post it up!

Now with 100% more shield usage! (Which amounts to little, considering I still get hit a lot!)
Reply
Darkera Studios1 year ago

Be sure to check out version 1.1, now with 100% more saving AND streamer-friendly!

Now with a save file!
Reply
Skydjinn1 year ago

Skipped a few to avoid cluttering the page. Here's part 10!

Overall, this is a great game and I enjoyed playing through it. The music was catchy, especially the main theme, and I liked hunting for the secrets in each stage. Some of the bosses were a tad frustrating, but in that "early era games" way where the player had to learn how to play. With a little more polish on the visuals and combat, I could easily see this being sold here or on Steam. Maybe even a sequel...depending on what the ending is like. Unfortunately, while fighting the final final boss, the game bugged out and I could not finish it in this video. Still, that hiccup aside, great job, devs. Hopefully word of your game will spread.
Reply
A'Sairm1 year ago

Made the next video

You found a BETA Unit! Excellent!
There's a special prize for defeating all of them across the game, but progress defeating them saves even when the game is quit. This means if you miss one in one run, you can try again in another.

There's also one for collecting all of the batteries in one run, which is more difficult as far as exploration, but at least the batteries don't fight you back like the BETAs do.

All in all, great video! We love it!

This looks amazing, you guys! Can't wait to get stuck into this.

We can't wait to hear all the details!

Ah, we were all waiting for this! You were the first one to showcase the game, so we love seeing your reaction to the old vs. finished product!
We can't wait to see more!

Really happy to see that you were waiting for our video. Hoping you continue to enjoy the other videos and that the game becomes more popular. Also we can't wait to see more from you too.

Made it through the first few bosses, not bad at all! The movement mechanics are a little more geared towards the platforming side than they are the combat, which let me to run past most of the enemies, and the bosses I saw were all a little generic, but it was a good time nonetheless! More detailed feedback at the end of the video!

Thank you very much for you honest opinions! We'll use this feedback to produce better games in the future.

Any chance of a Steam release? the game looks great!

We'd love to get the game released on steam, however we need a little more exposure and resources before we can. There's a paywall to get one's game onto steam, and we'll need a bit more attention before we can climb over it. Still, we're optimistic!

Hello I tried to download the game but it won't allow me to downa nd this is the error I get. I am downloading on a Windows PC.

This game contains files compressed with the proprietary Deflate64 algorithm. This is not supported by the itch app at this time.

I recommend that the developer recompresses the game without Deflate64, or even better, uses https://itch.io/docs/butler/ to upload it.

We apologize for this error and are looking into it. Thank you very much for bringing this to our attention. 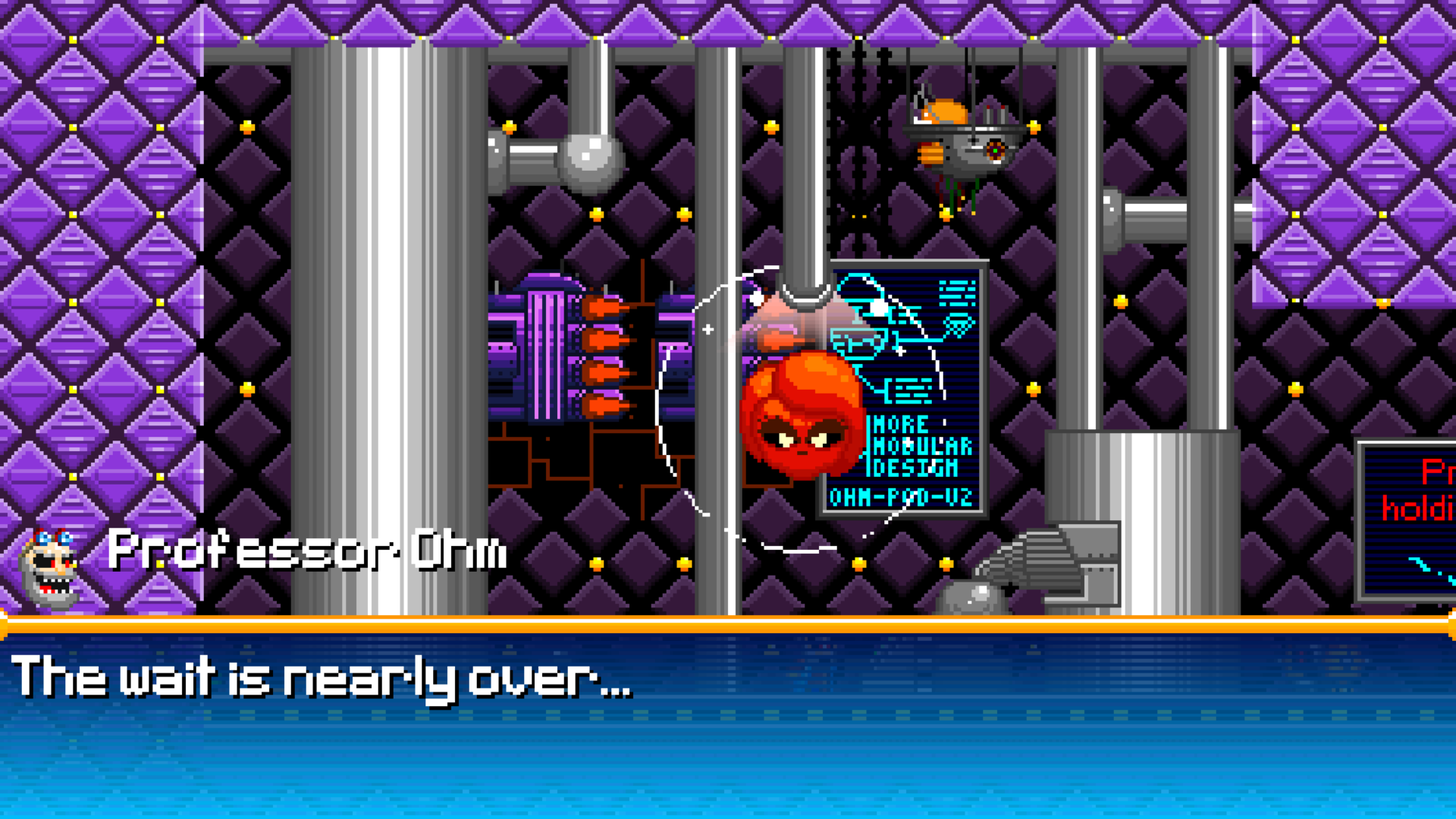 I want to play it! I can tell this was made with a lot of love.

Also, is one of the three versions recommended by the devs?

Press the Z key to go through dialogue. The different versions are all the same content wise. If you're having performance issues, using the 16-bit version would be recommended.

Great, thanks! I feel silly for missing that. :`D

Is there a place where I can review the controls?

Actually, I'd like to clarify. There is a manual that comes with the game in the downloads section. 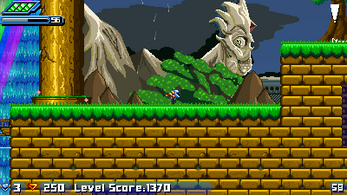 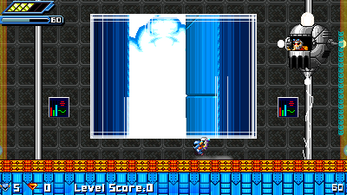 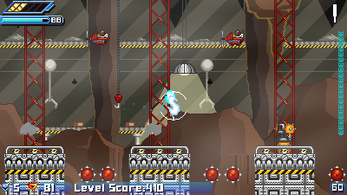 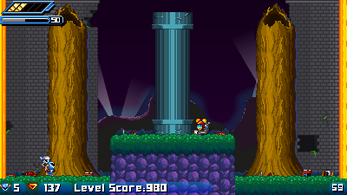 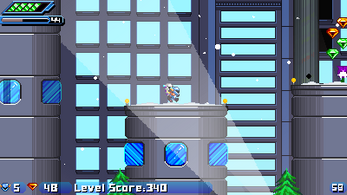